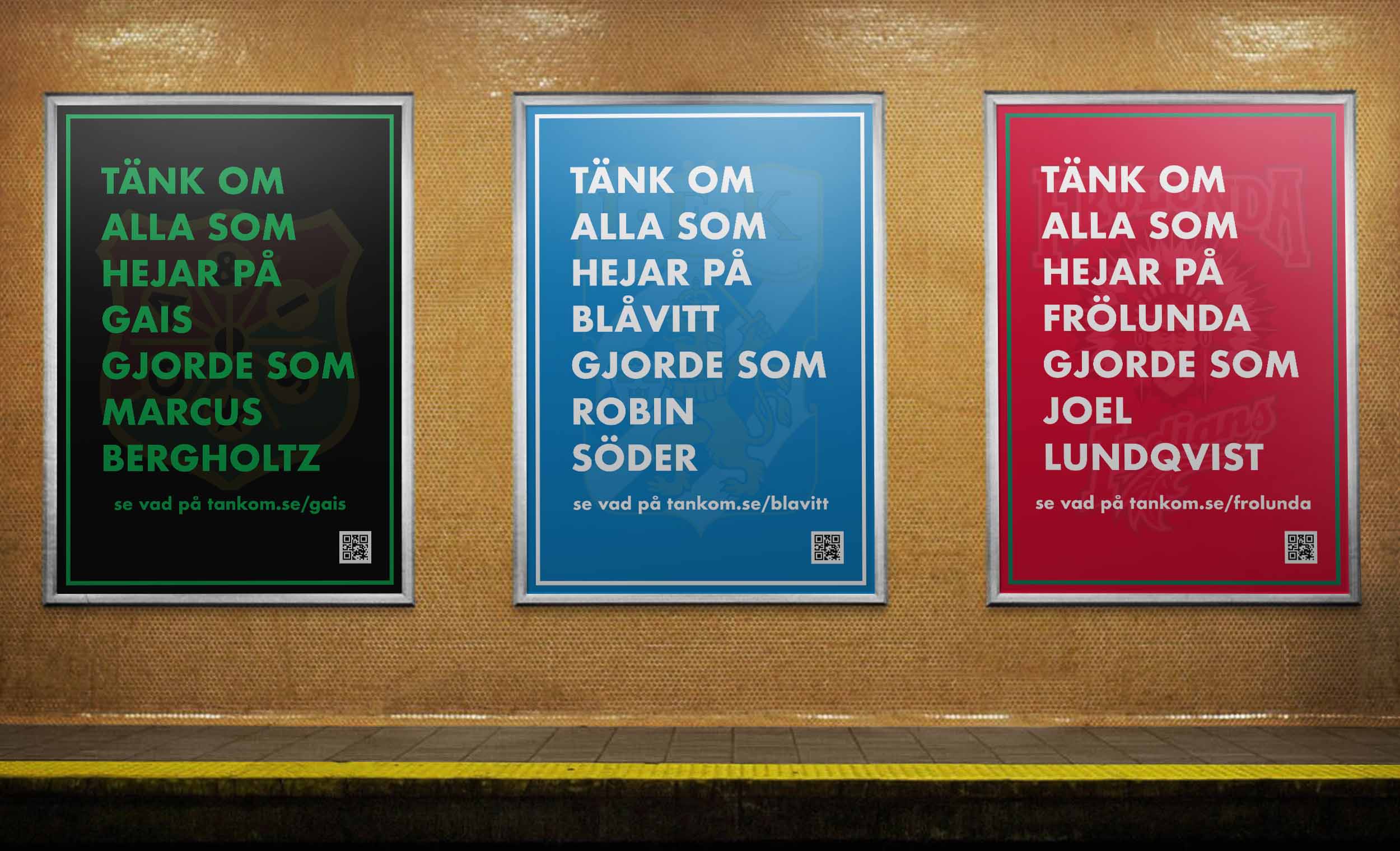 As a task at school, we would create a campaign based on a newspaper article and present a strategy to complete the campaign.

My group consisting of Marcus Sjöholm and Jessica Badenfelt received the theme environment and created the Tänk om campaign, which aims to get people in the target group who do not think too much about the environment to change their behavior. We did this by focusing on hockey and football supporters and making posters with different players in different teams and using them as role models. 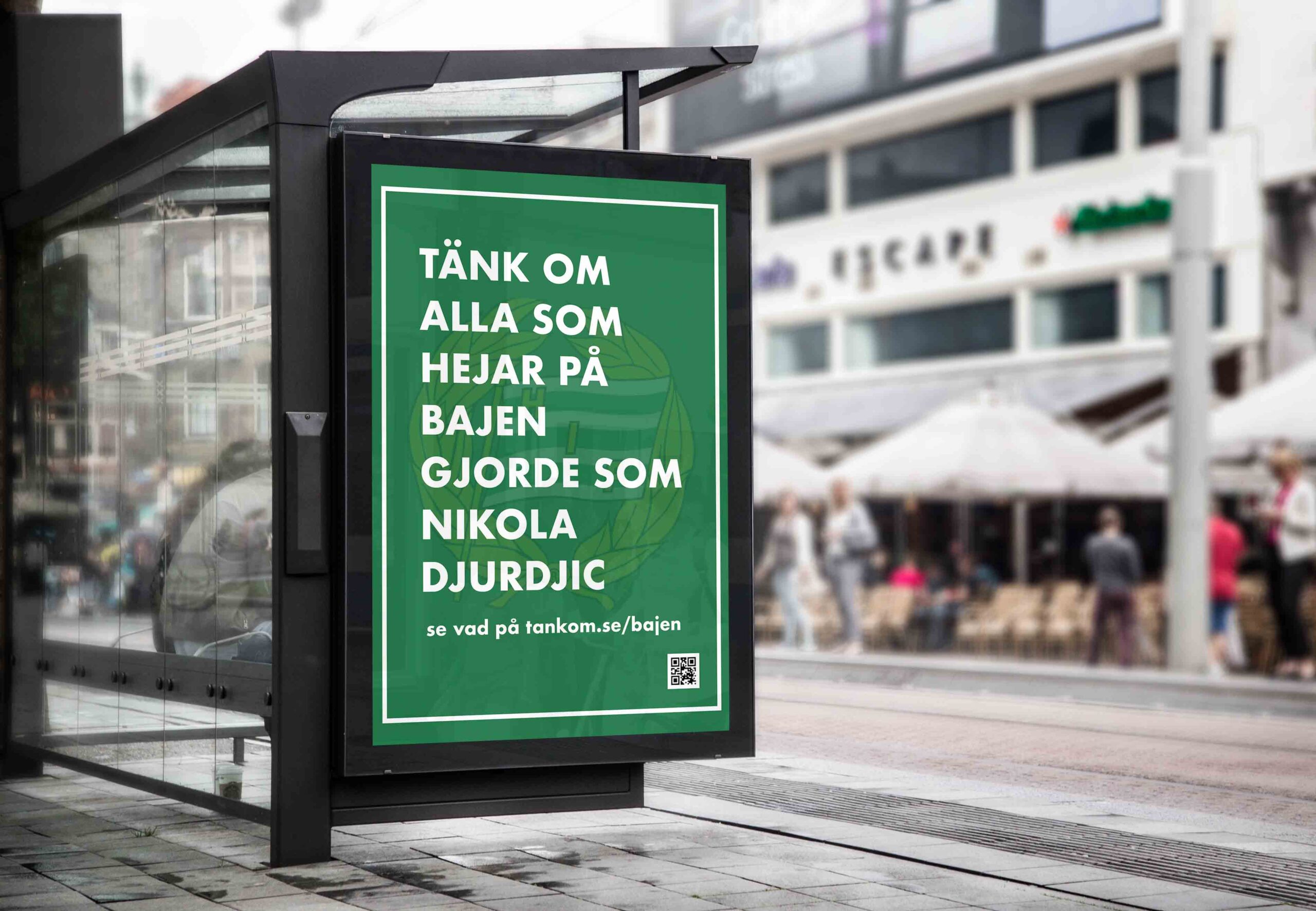